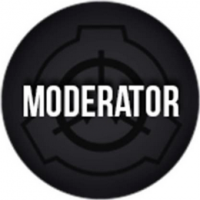 In 2016 my Snark tuner died at just 2 years old. During those two years, I had replaced the battery twice, despite the tuner having very little use. And when I changed out the first battery, the flimsy catch on the battery compartment snapped off. Okay, I only paid $10 for it, but I would have liked it to last longer than two years (with minimal use). But, maybe I expected too much. While owning the Snark tuner, most of the time I used my Korg guitar tuner with microphone. The Korg tuner works on sound waves as apposed to the Snark.

So, in 2017, I was looking around Amazon for an audio interface and came across a tuner called UberTuner by Kliq, which was similar to the Snark but with a much better build quality and a Three-year guarantee for just US$23 from Amazon (now on sale direct from Kliq's website for $19.99) I bought it, and five years on I have had not one problem with it. It out-performs the Snark in a number of ways, and is suitable for tuning Violins, guitars, basses and ukulele. Clip it onto the instrument like you would with a Snark and away you go.The Kliq UberTuner has a micro processor and a highly sensitive Piezo sensor.

All in all, I have been very happy with the UberTuner, and have only ha to replace the battery once in the five years that I have owned it due to my inadvertently forgetting at one time to turn it off.

Suitable for tuning a number of instruments.

The only thing I have had a little trouble with sometimes is the area on the scroll where the UberTuner clips on to. The clip appears to be a little large, which is fine for a guitar, but trying to get it to clip to the scroll of my violin and not have it slip off while the D string is being tuned has proved a slight problem sometimes due to the thick padded area on the clip and the large clip. I must mention here that the scroll on my old German violin is a little smaller and more delicately carved than most. However, I have learned to clip it on the small area of scroll and not have it slip, but I have to be extra careful when manipulating the peg for the D string.

I have had to reuse some old violin strings and have noticed that these used violin strings have resulted in the UberTuner sometimes not recognizing the note, and then my having to use my Korg tuner to get the string tuned. This has mostly happened when tuning the used G string and E string. But this would probably still happen with a Snark tuner or any other brand of tuner if I were tuning used strings.

Hopefully this short review of the UberTuner has been helpful to anyone who is looking for a good quality tuner at a good price, and with a 3-year warranty.